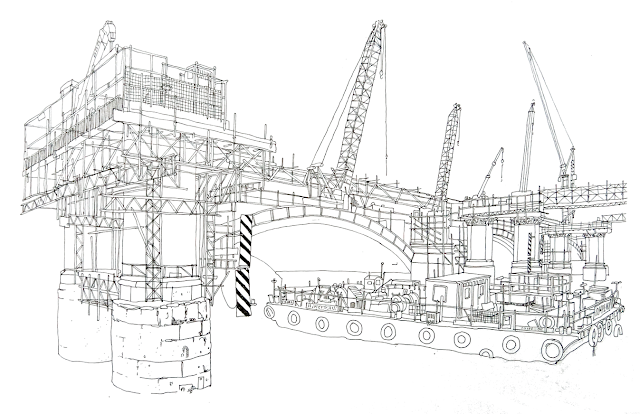 Building the new railway station that is on Blackfriars Bridge.
The big columns at the left and right are the remains of the old Blackfriars Bridge, built in 1874, and removed only in 1985. (The only picture of it that I can find is here.) Behind is the newer bridge — built in 1886 — so there were two railway bridges right next to each other for nearly a century. Just behind me is Blackfriars road bridge, so in fact there were three bridges crossing the Thames here.
Now they’ve built a station along the newer railway bridge, using the columns of the old bridge as part of the support.

To be exhibited at the Society of Graphic Fine Art exhibition, Menier Gallery, Southwark (walking distance from the bridge!), 5 – 17 October 2015.